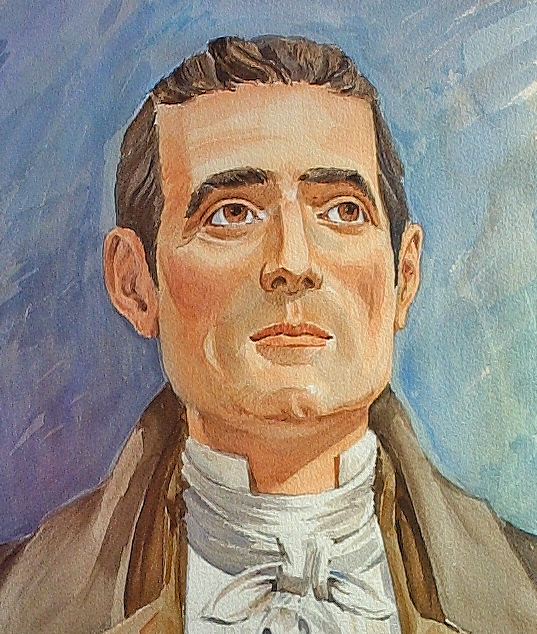 The magnificent wax anatomical models on view at the University Citadel of Cagliari Museum have an intriguing tale to tell (partly medical and partly not). Their story delves into the past of Sardinia and the history of the Italian States while also telling us something about Europe itself at the end of the Eighteenth century and during the first decade of the Nineteenth century: a period characterized by a series of events crucial to Sardinian society. Cagliari’s anatomical wax model collection, considered one of the finest in the world, provides us not only with a perfect description of the human body, but also tells us a lot about medical and surgical knowledge at the time the models were produced. Our first task is to examine how and why these wax models ended up in Cagliari and also to find out where they came from.

Our story begins in the University of Cagliari and more precisely in the Medicine and Surgery Faculty School of Anatomy in 1801. During that year, thirty-four year old Professor Francesco Antonio Boi, lecturer in Human Anatomy, had no students enrolled on his course and asked the Sardinian Viceroy Charles Felix of Savoy for permission to visit the Italian mainland (at that time divided into separate states) in order to learn more about his profession. Once permission was granted, Professor Boi set sail from Cagliari to the hallowed halls of Pavia University, where the great Professor Antonio Scarpa taught anatomy. After a short spell in Pavia, Boi went to Pisa and then on to Florence.

Florence university still did not have its own faculty of medicine at the beginning of the Nineteenth century. Young Florentines who wished to study Medicine or Surgery (the two degrees were separate at the time and not combined to form one university course until 1857) were usually forced to attend university in Pisa or Siena. Upon arrival in Florence, Francesco Boi began to attend the Anatomical Surgery (as Anatomy Departments were called at the time) of a hospital headed by Paolo Mascagni, one of the most eminent anatomists of his day. In 1877, Professor Meloni Satta, a doctor and Boi’s first biographer, wrote that the Cagliari wax anatomical models were extremely faithful reproductions of dissections carried out on cadavers by Professor Boi at the School of Anatomy in Florence. Clemente Susini modelled them for him personally from 1803 to 1805 in the famous wax modelling laboratory of the Museum of Antiquities and Natural History in Florence (also known as the Museo della Specola or Observatory Museum), which was directed by Abbot Felice Fontana at the time The Viceroy Charles Felix wanted to buy them for his Museum of Antiquities and Natural History, then housed in the Viceroy’s Palace in Cagliari. And so the wax anatomical models finally ended up in Cagliari in 1805. When in 1858 the Museum was transferred to the University building, the wax models were installed in a separate Anatomical Laboratory and placed under the charge of the Professor of Anatomy.

In 1923, they were transferred to their new home in the Institute of Anatomy, where they remained till 1991 when the present museum was built. Prof. Luigi Castaldi (1890-1945), lecturer in Normal Human Anatomy at Cagliari from 1926 to 1943, wrote a monograph about Boi and the wax models, which was published posthumously in 1947. During the years of World War II, the wax models were concealed by Prof. Carlo Maxia, who succeeded Castaldi as Institute Director, to prevent them from being stolen or destroyed. When Prof. Luigi Cattaneo (1925-1992) became director of the Anatomical Institute in 1963, he was personally responsible for cleaning the models and restoring their original display cases. He also obtained permission from the current Rector Giuseppe Peretti for a special room to be prepared to house the wax models. In 1970, Prof. Cattaneo described and catalogued the wax models individually in a book he produced for the university. They were then studied in successive stages by Prof. Bruno Zanobio, a medical historian, who spoke about them at several national and international congresses.

In 1978, the wax models formed the subject of his opening paper to the 35th National Congress of the Italian Society of Anatomy, held in Cagliari and chaired by Prof. Alessandro Riva. In June 1991, Prof. Alessandro Riva, who had in the meantime been appointed curator of the collection, obtained permission from the current rector Prof. Duilio Casula to house the wax models, now complete with explanatory labels, in the Pentagonal Room of the Piazza Arsenale Museum University Citadel, where they are still on permanent display. In 1993 a new bilingual (Italian-English) edition of the catalogue with novel Illustrations of all the waxes was published (Cattaneo e Riva, 1993)

The following year the Collection has been associated to the CIMAS (Centre for the Museums and the University Archives) and, meanwhile, Alessandro Riva has been retained as manager of the Museum by the current Rector Pasquale Mistretta. In 1998, through the good offices of the Rector and thanks to the cooperation of Professor Giancarlo Deplano, each showcase has been endowed with optical fiber illumination, and the exhibition room restored. The latter has been also adorned by two portraits, of King Carlo Felice and of Clemente Susini respectively, painted by Gigi Camedda, an artist from Cagliari. The two portraits were hung beside that, dated back to XIX century, of F.A. Boi. In 2000 it has been installed a ticket office whose personnel has also the task of distributing illustrative material to visitors. Finally, it must be recalled that the museum is the site of a publishing activity, both on papery and electronic media, and that, in the last decade, by request, some of the waxes from Cagliari have been exhibited in prestigious museums of large metropolis such as the Villette of Paris, the Hayward Gallery of London, the Tokyo National Science and La Triennale of Milan.

We are grateful to the Fondazione Banco di Sardegna, Sassari, for having funded
the project for the models restoration with the grant 429/2012-0266

AdminHistory of the Wax Anatomical Models09.18.2014